CWS fam! So glad you stopped by today. 🙂 Today is the last bumpdate of my pregnancy! So, so wild to me. This pregnancy has flown by for me and while I will miss being pregnant, I just want to hold my baby girl in my arms now! 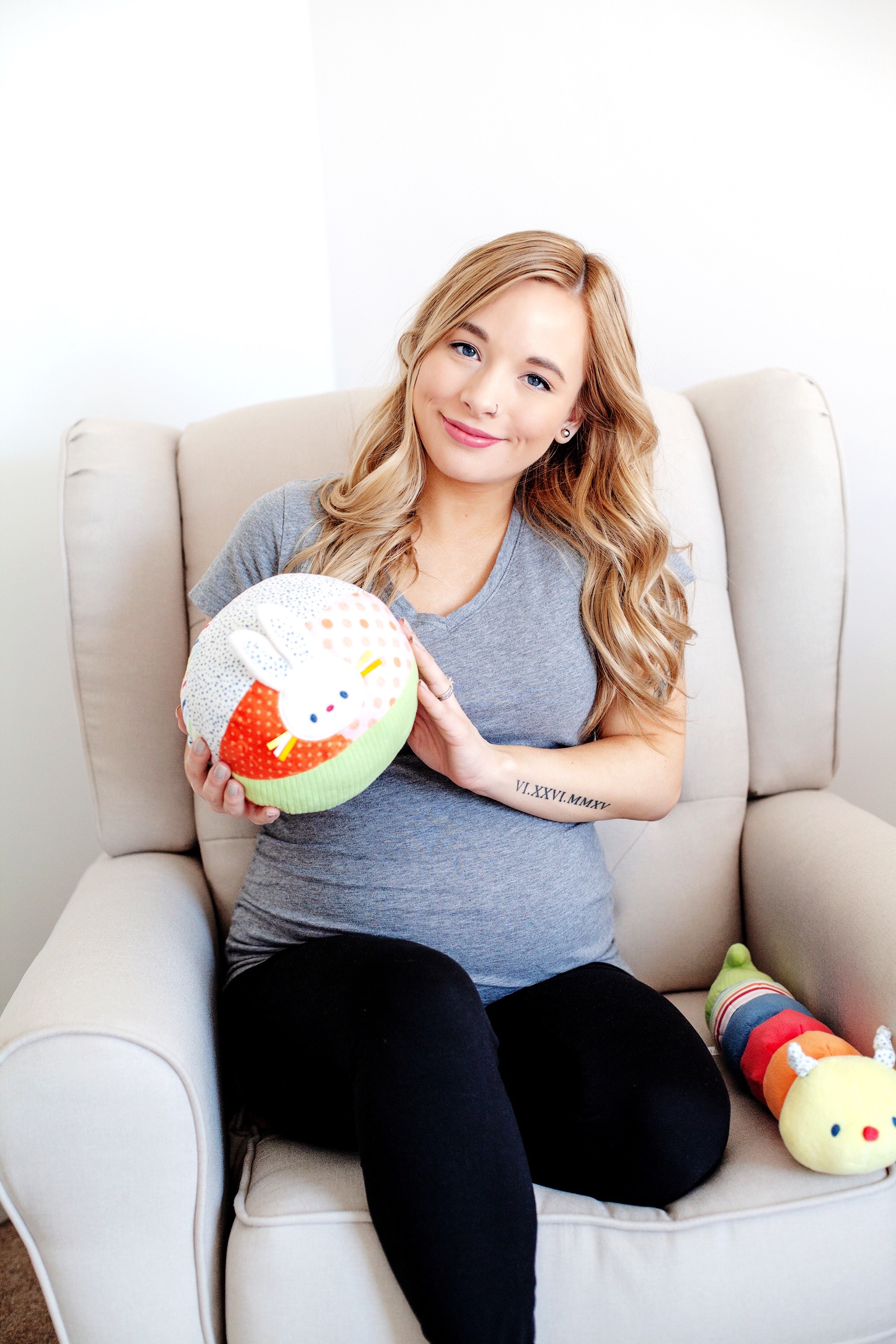 Today, I’m recapping weeks 35 to now (39 weeks) and let me tell ya, these have been some of the most exhausting weeks for me. My pregnancy has really been a textbook pregnancy and honestly, it’s been really easy for me. I’m grateful that it’s been a smooth process overall and that I didn’t have to deal with discomfort the whole time. But, over the past month, there have been some crazy times!

Forewarning: there is some TMI ahead!!

Week 35 was probably one of the first times I really started to feel all of the extra weight I’ve been carrying around. Walking up the stairs and rolling out of bed would make me so winded, haha. Seriously though, rolling out of bed 5-7x a night to pee is more exhausting than you’d think. I also developed what I think is pregnancy carpal tunnel and it’s no fun, you guys. At first, I thought it was a pulled muscle in my hand but after further investigation, it’s more likely to be carpal tunnel. Again, NO fun at all!

On January 27th, I had met with my lactation consultant to get all of the basic information and tips/tricks on breastfeeding. It went amazing and I left that appointment feeling so empowered! I’m planning on exclusively breastfeeding for at least the first couple of months until breastfeeding is established well. I learned so much and I’m really praying that it will work out.

After my lactation consultant appointment, I had my regular weekly prenatal appointment. Typically, Michael attends all of my appointments but I let him skip out on this one since I had the lactation consultant appointment beforehand. Earlier that morning, before I dropped Michael off at work, I just had an underlying feeling that my blood pressure was going to be reading high that day. Now, mind you, my blood pressure has been perfect my entire pregnancy. But for some reason, which I know believe to be subconscious anxiety (lame), I just had a feeling it’d be high. I told Mike and he calmed me.

The nursing student took my blood pressure and it read high. The second I heard it, I started to freak out inside because I was so scared that it could possibly mean pre-eclampsia (though, I had no other signs of it). She came back in a few minutes later and they wanted to do a urine sample. I did and it came back with a trace of protein, which is typically another indicator of possible pre-eclampsia. So, now I’m really trying to make sure I don’t break down. My midwife came in and explained everything to me really in-depth. She assured me that sometimes the BP reading can be a false high, so she took my BP and it read much better than before but it was still elevated. So, she explained that they needed me to get labs done before I left and that I’d need to do a 24-hour urine sample for the lab. I asked a million questions because I wanted to be prepared in case I did have pre-e.

My midwife called me later that day and let me know that my labs came back all normal, which was obviously a great sign! On the 29th, I returned my urine sample and went to get my blood pressure checked again. Michael came with me this time! He has such a calming spirit – seriously, beyond grateful for him. I provided a quick urine sample and it came back normal (no protein) – thank goodness. As the nurse wheeled in the blood pressure machine (to rule out human error), I was trying my best to stay out of my head. She took my BP and guess what… it read completely normal! I literally said, “Thank you, Lord!” – such a relief. I don’t have pre-e! Extremely grateful.

I developed carpal tunnel in my other hand. Yep. I had (and still do have) carpal tunnel in both of my hands. I noticed some swelling in my hands and started to freak out… by swelling, I mean that my ring finger wasn’t measuring a 4.5 like normal and instead, was measuring a 5, haha. But after my intense week and all the hormones, it took some training to not let anxiety take over. This week, I also really started to feel exhaustion set in a bit. My prenatal appointment went well – baby girl is great! I started drinking red raspberry leaf tea 2-3 times a day and I started bouncing on my exercise ball – both to encourage my cervix to get prepared. 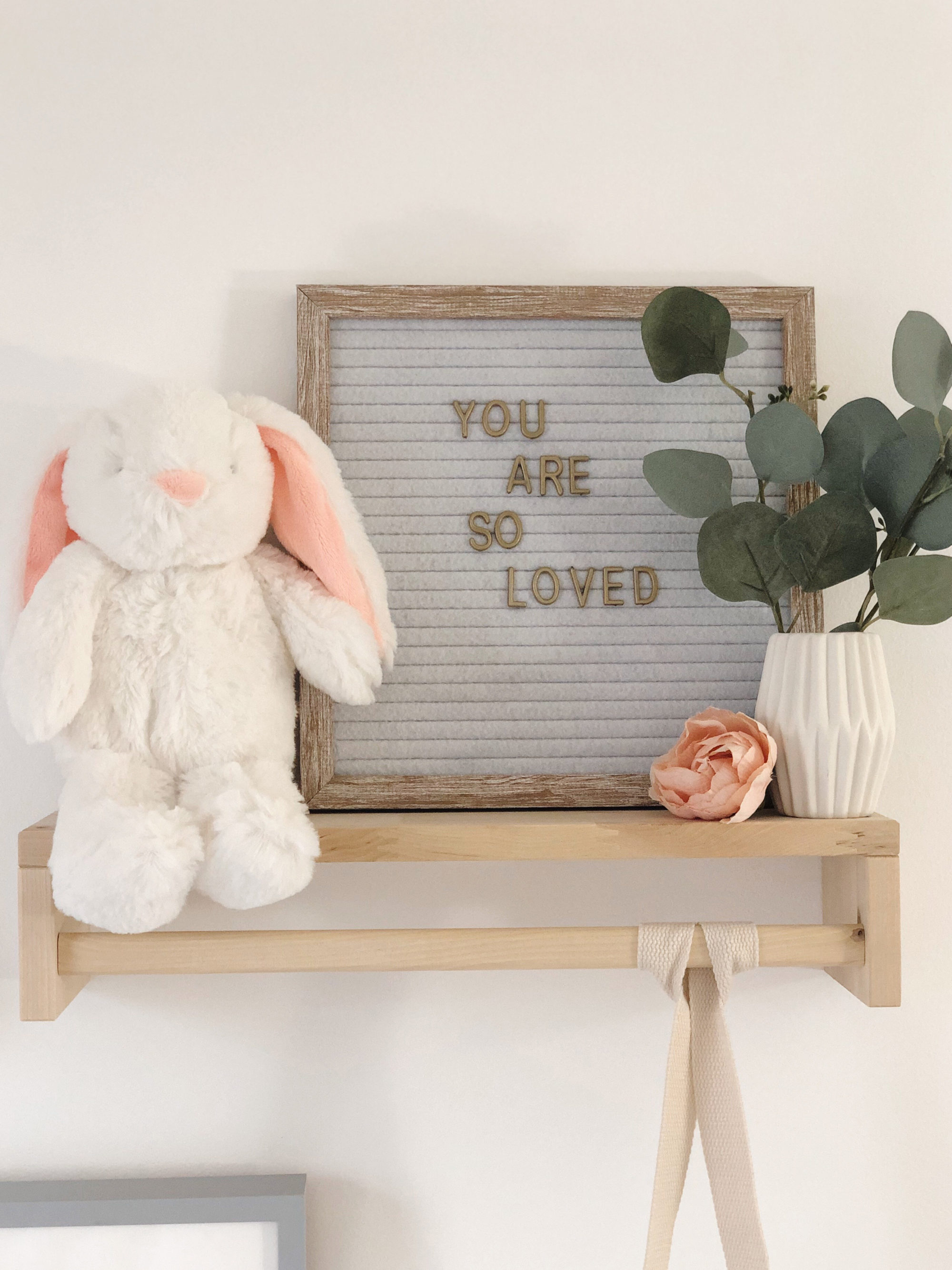 I started experiencing some cramping like period cramps and my hips and pelvis were achier than before. Nothing crazy and since I have a high threshold for pain, none of that bothered me. In fact, it excited me, because I knew it all meant my body was getting ready. At my prenatal appointment, I decided to have my midwife check my cervix for the first time to see where things were at. I was basically closed, 75% effaced, and at a -3, all of which are normal for a first time mom at that point. I kept up with the tea and bouncing on my ball. Towards the end of week 38, I thought I was experiencing some contractions (not just Braxton-Hicks) here and there but they weren’t consistent. Nothing crazy!

On February 15th, I had crawled into bed just before 11:30 to unwind a bit before falling asleep. I went to roll over (which is such a chore lol) and all of a sudden I felt a large gush out of nowhere – at 11:30 pm! I run to the bathroom and yep, my entire liner and undies were soaked with clear fluid, no smell. I was in disbelief. I changed, put on a large pad, and then yelled downstairs to Michael, “Babe! I’m pretty sure my water just broke!” He asked if I really thought so and I explained further. Mike called L&D while I started to prep to leave to head to the hospital. While packing, I got another large gush of fluid and that’s when I knew for sure, for sure my water had broke. I still couldn’t believe it but I felt 100% sure.

Earlier that evening, I did have some inconsistent contractions but nothing crazy. We also had Taco Bell, which I’ve heard some ladies swear by to put them into labor LOL – totally not what I was trying to do. The entire time I finished packing and on our drive there, I felt completely fine and had such peace. I had 2 contractions on the way there – again, nothing crazy.

I got all checked in and settled and they hooked me up to the monitors. They needed to confirm that my water did actually break, of course, so they started some different tests. First, they had me sit/lay over a hospital bed pad to see if any more gushes of liquid would happen. It didn’t, so then they had to insert a speculum (so uncomfortable) to be able to swab for a sample. They also checked my cervix and not much changed from my appointment a few days earlier – I’m just 1/2 cm dilated now. They took the sample to the lab and it didn’t fern, which meant it wasn’t amniotic fluid. I was beyond frustrated because I knew what I felt and witnessed. The resident then wheeled in an ultrasound machine to measure my fluid levels and they measured normal. So, it really wasn’t my water that broke. FALSE ALARM!

I was so confused because I had never had anything like that happen during my pregnancy before. They said that it could have either been urine (it for sure was NOT that. I have good control lol!) or just an increase in discharge, as my body is preparing itself. I felt so many different emotions when the told me that. I felt so stupid and confused. Definitely happy that I listened to my gut, though! The nurse was so sweet and encouraging, which made me feel better about the whole situation! So, I was discharged. We didn’t get home until 4:30 am. It was a mess. But, thankfully, our sweet baby girl was perfect and we got to hear her heartbeat the entire time we were there.

Baby girl is due in under a week! I can’t believe it. Again, this pregnancy flew by and it’s been so awesome to be able to share my journey with you. I am planning on doing a pregnancy Q&A blog post if I can but honestly, I’m trying to soak in these last moments… so it may have to wait until after her arrival. 😉 If you have any questions about my pregnancy that you’re curious about, drop them in the comments! 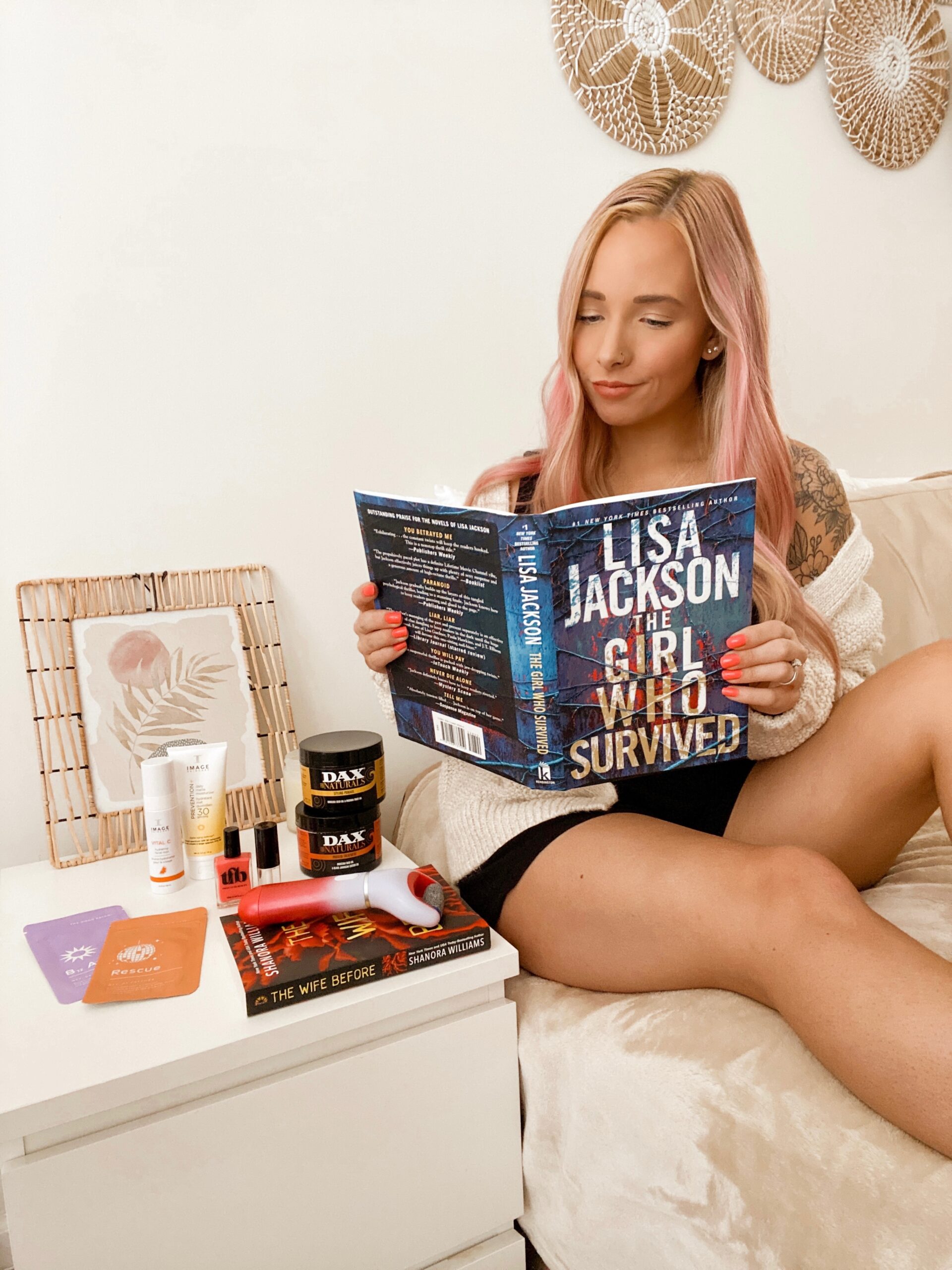 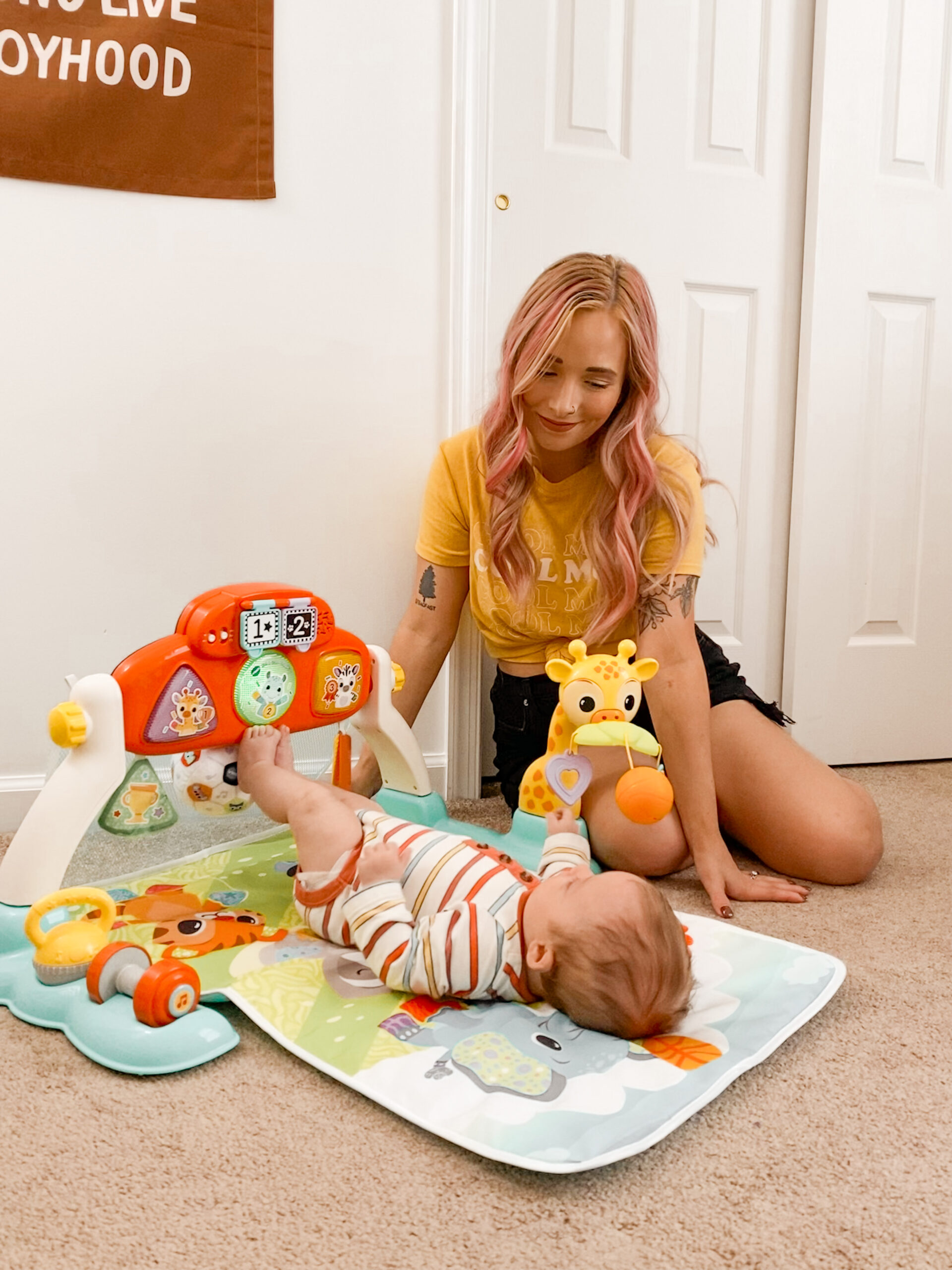 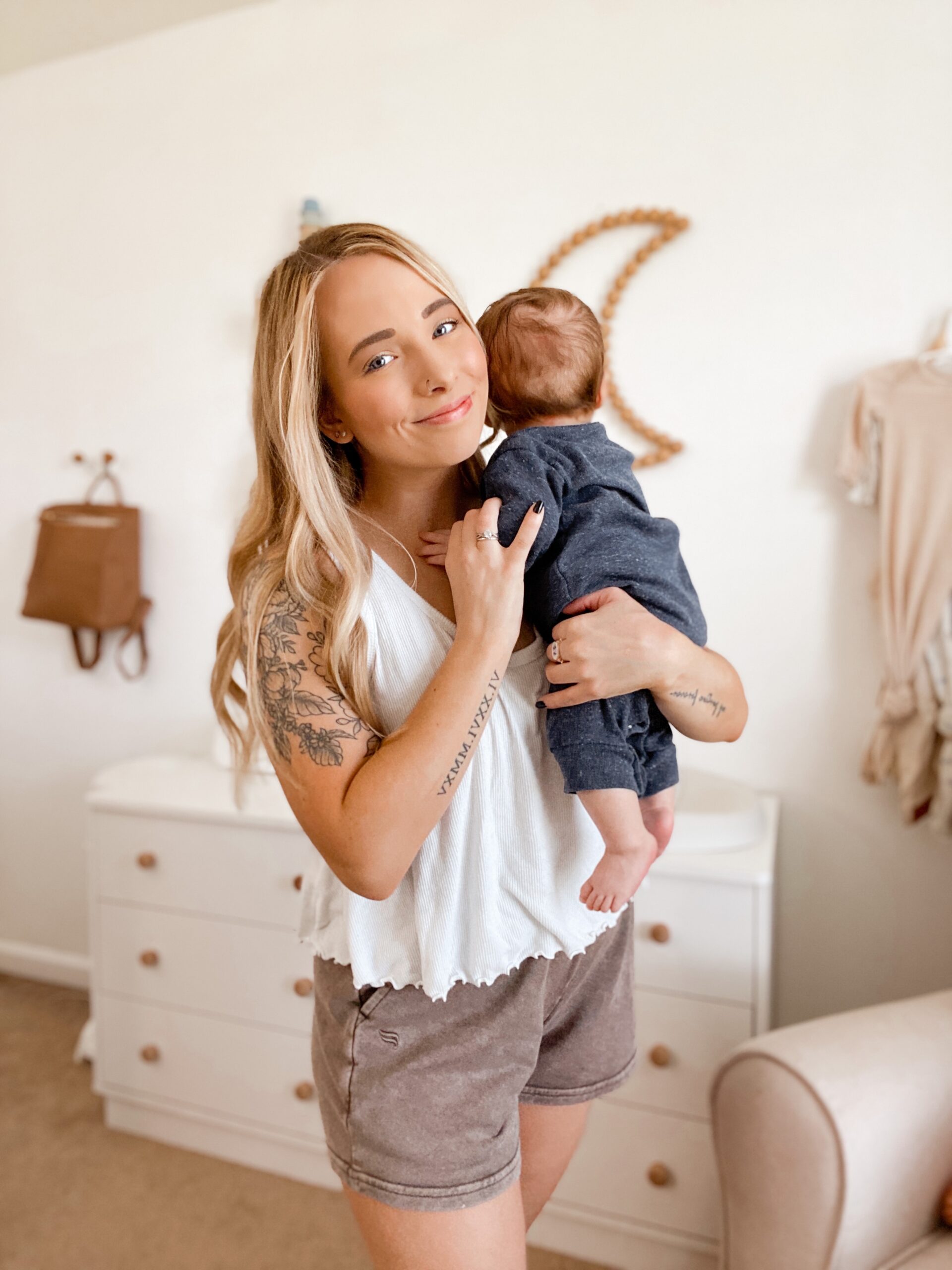